The Wandsworth Tories are proposing a new transport scheme which seeks to ‘encourage independence’ for children with special educational needs (SEN). 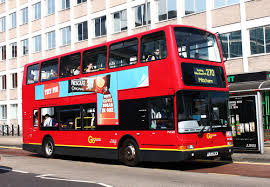 The Tory Council’s main proposal is to, as standard, reimburse parents for travel costs – such as by public transport or by their own car – rather than having the council provide that transport as before by specially adapted bus or taxi.

Children will now have to undergo more rigorous, annual tests to be deemed as still eligible for specialist SEN transport from the Council.

Wandsworth Labour councillors are concerned that the costs of these proposals could outweigh any benefits.

Whilst appreciating the need to use budgets efficiently, Wandsworth Labour shares parents’ concerns that these changes will be forced upon children for whom they are simply not appropriate.

The added burden could also cause massive upheaval for many families. During the consultation, working parents were concerned that they simply would not be able to manage to transport all their children to different locations.

Some parents fear these changes could have an adverse impact on their child’s school attendance, or even their own employment.

Cllr Rex Osborn, Leader of Wandsworth Labour group, is challenging the rationale for these proposals:

“Not only will these changes cause real difficulties for many families, it is also not clear that a broad range of options have been considered.

“Transport arrangements for children with Special Educational Needs do need to be updated and improved, but parents are seriously concerned by the proposals the Tories are currently advocating.

“I don’t feel the impact of these changes has truly been considered. This is why I’m arguing for a full Equality Impact Assessment to be undertaken. Under this kind of scrutiny I think it would become clear that costs to the children and their families outweigh the benefits of this policy as it stands.”

This site uses Akismet to reduce spam. Learn how your comment data is processed.